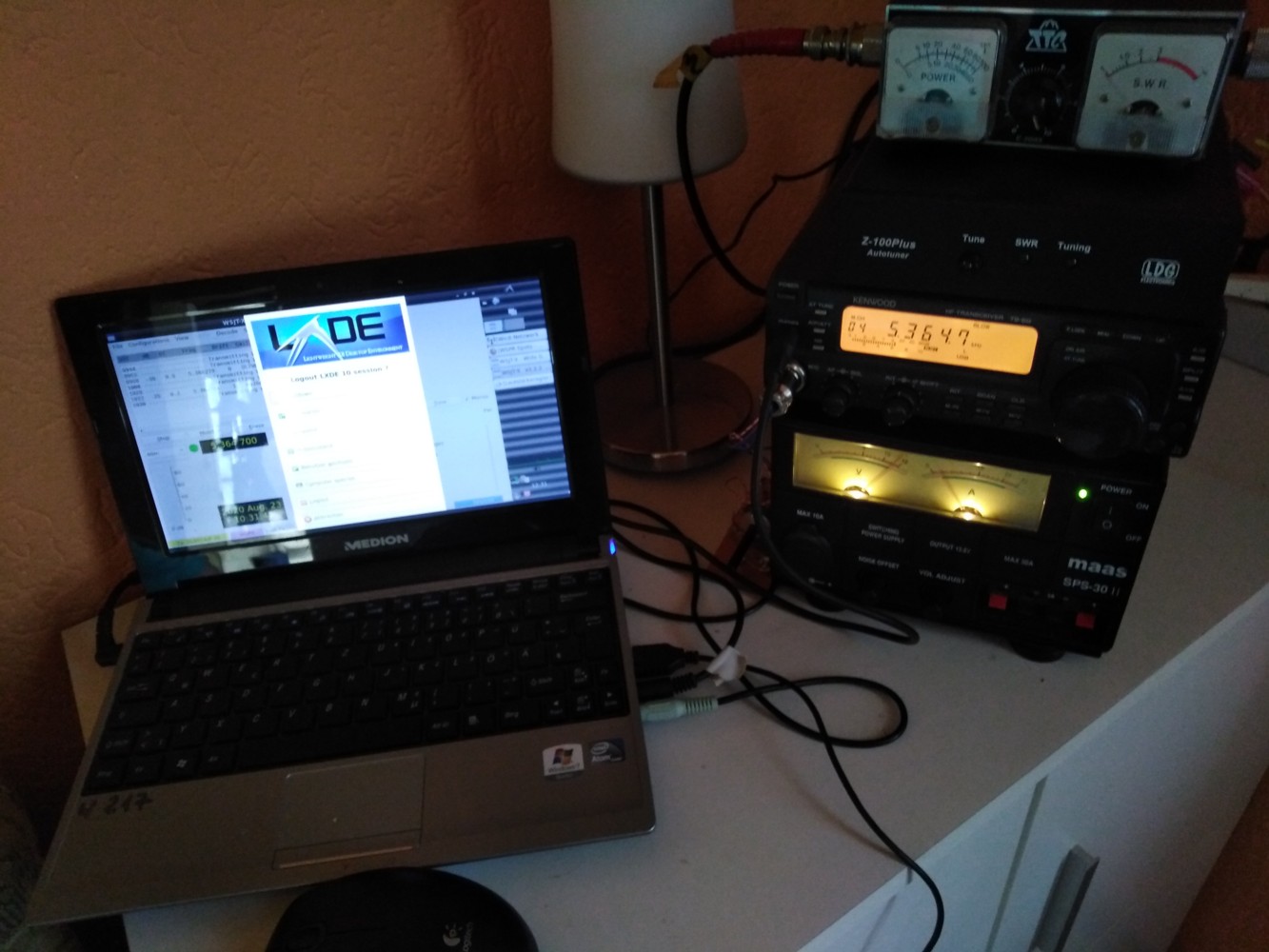 October 2018: Yet another "Stand-Alone" WSPR Mini SSB-Transceiver for the 17m Band , Igel-Mini-PC, Debian 9, WSJT-X 1.9.1 and another magnetic loop antenna in the utility room. 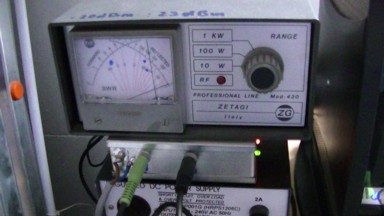 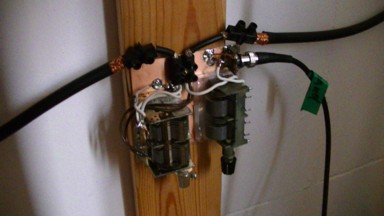 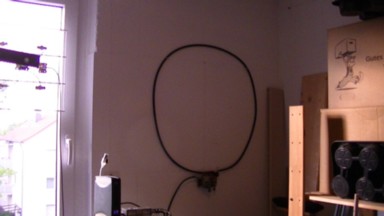 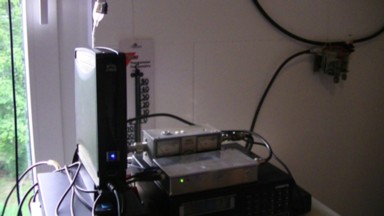 September 2015: The MF antenna situation could be better and so it is time to try another indoor magnetic loop with coaxial cable laid in two adjacent rooms (Indoor 136/475kHz Magloop Vers. 2

June 2015: Trying to use an old FT757GX for WSPR. Problems with a not acceptable frequency drift after warm-up dependent on temperature of the reference Xtal (local unit) affected by the changing air flow in the case (Cooling fan on/off effects a frequency change up to 50 Hz in 2 min). Slow drift up to 200 Hz.
A reference Xtal temperature and fan control reduced the wspr drift to 1 - (-1) and the slow drift after warm-up to max. 10 Hz, when WSPR was set to 20% TXing @ ~ 3 W. The sensor diode and the Collector of the BD136 are clipped to the electrically grounded Xtal case. An additional permanently slow (temperature related) speed of the fan ensures a minimal air flow in the TRX case avoiding the aprupt temperature change in the case when the fan starts with full speed.

May 2014: An ICOM IC 735 for parts and not fully operational bought at another ebay auction, was repaired and then modified to work on the 630 m - Band. An easy and safe modification of the IC 735 is described by SQ5BPF. The result of the modification is a rf output @ 472 MHz of 40 W (limited by the not modified ALC and the inductance of the PA output transformer) with a double pi filter between radio and antenna reducing the 2nd harmonic to >= -40dB. 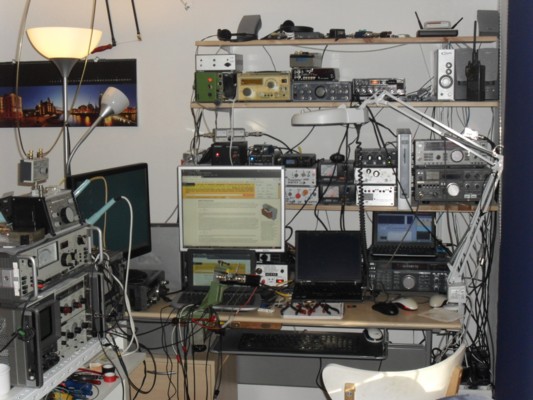 October 2013: Starting another quick-&-dirty weekend project I modified an old 11m/10m SSB-CB-transceiver (PA died) with a 10m-LF-transverter (QRP output 36-40 dBm @ 475 kHz). It works fine, the frequency drifts 30Hz/6 hours. Not particularty impressive, but sufficient for WSPR. From a CB-Amplifier bought at an Ebay auction I removed all the electronic components and 'designed' a new linear PA circuit with an CW output of 40 W, just the limit for the variable capacitors of my new single turn indoor magnetic loop. 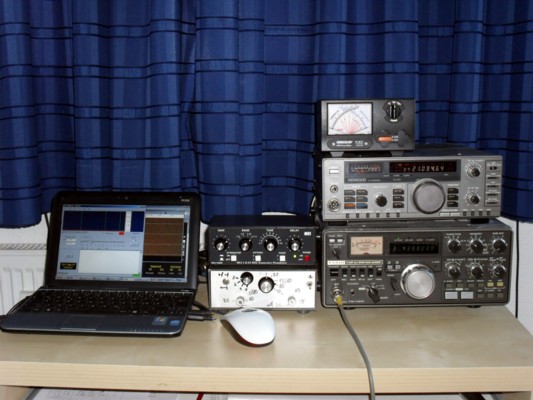